The fundamental issue is structural.

Ya know why and how THE FUCK the GOP can get away with 252 filibusters in only SIX years? How they can subvert the entire system on a whim? Bring the wheels of gummint grinding almost to a halt, at least where the most vulnerable are concerned? Halt Climate Change mitigation efforst in their fuuking tracks?

Yer ol' perfesser sez it's NOT merely because of Prez Shamwow F. Lowbar, though that is (no small) part of it--they did it with Clenis Clinton, too.

It's cuz the GOPhux are the SENIOR (legislative) partners in the "old firm," regardless of their numbers.

The Dims are, by default AND by definition, the 'Junior" members. Probationary. Perennially.

They're not (and never gonna be) "vested." They're always gonna be "juniors." They don't and won't have the 'status' to act like such total dicks.

You can ONLY do that when yer the nominal representatives of the "Owners." Representing "nigras an' messkins," other minorities, poor folks, the ill and injured, the homeless, the despised like the Dims A9are supposed to) do, doesn't get you ANY of the RIGHT kind of "F*CK-YOU" juice.

You cannot act like the Party of Petulant Pricks if you're (allegedly) representing the poor.

Only when your prime constituency is the Oligarchs can you get away with that kind of crap.
If the "second-rate" Dims tried it, they'd be pilloried on EVERY CorpoRat media in the country.

Only consider the ways public treatment of Louis Gohmert and Allan Grayson varies. Gohmert, who babbles like a prairie snake-handler, never hears a word of censure from the mass of the SCUM/MSM/CorpoRat "press." Grayson, on the other hand, is handled as if he were from outer space.
Posted by Woody (Tokin Librul/Rogue Scholar/ Helluvafella!) at 3:13 PM No comments: 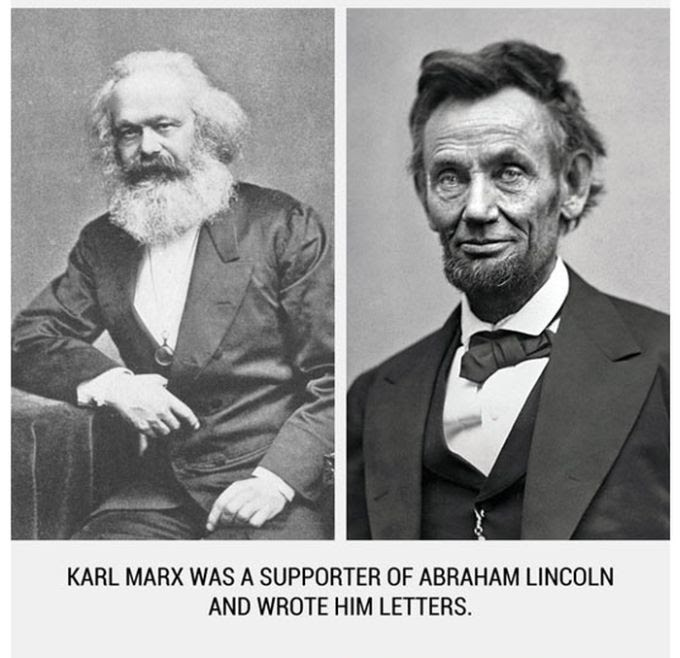 
"It is not needed, nor fitting here [in discussing the Civil War] that a general argument should be made in favor of popular institutions; but there is one point, with its connections, not so hackneyed as most others, to which I ask a brief attention. It is the effect to place capital on an equal footing with, if not above, labor, in the structure of government.
"It is assumed that labor is available only in connection with capital; that nobody labors unless somebody else, owning capital, somehow by the use of it induces him to labor. This assumed, it is next considered whether it is best that capital shall hire laborers, and thus induce them to work by their own consent, or buy them, and drive them to it without their consent.
"Having proceeded thus far, it is naturally concluded that all laborers are either hired laborers or what we call slaves. And further, it is assumed that whoever is once a hired laborer is fixed in that condition for life.
"Now, there is no such relation between capital and labor as assumed, nor is there any such thing as a free man being fixed for life in the condition of a hired laborer. Both these assumptions are false, and all inferences from them are groundless.
"Labor is prior to, and independent of, capital. Capital is only the fruit of labor, and could never have existed if labor had not first existed. Labor is the superior of capital, and deserves much the higher consideration. Capital has its rights, which are as worthy of protection as any other rights."

Marx recognized in Lincoln a "fellow traveler" and wrote him a congratulatory letter from London when AL won re-election in 1864. It had not arrived yet, by April 15, 1865, when Lincoln died.
Posted by Woody (Tokin Librul/Rogue Scholar/ Helluvafella!) at 5:54 AM No comments: