Efferent vs. Aesthetic: Around 75 years ago, the ground-breaking literary theorist Louise Rosenblatt determined the "reading" always occurs for one of two purposed: Efferent reading was reading to find specific information; Aesthetic reading was reading done for pleasure. Now, with the full backing and encouragement of Bill Gates Foundation, and the National Association of School Principals, too, schools in 46 states are getting ready to scrub "classic" literature from their curricula and replace it with instruction manuals. Let NO ONE EVER ENJOY READING AGAIN!@

No, Really! Not kidding:


American literature classics are to be replaced by insulation manuals and plant inventories in US classrooms by 2014. A new school curriculum which will affect 46 out of 50 states will make it compulsory for at least 70 per cent of books studied to be non-fiction, in an effort to ready pupils for the workplace.


Books such as JD Salinger's Catcher in the Rye and Harper Lee's To Kill a Mockingbird,  will be replaced by "informational texts" approved by the Common Core State Standards.

As much as 70% of reading materials for high school seniors are slated to be drawn from technical "literature." This 'reform' is called the "Common Core Curriculum." I shall have MUCH more to say about this in future columns.
+ + + + + + + + + + + + + + + + + + + + + + + + +
Y'know, Cats Are The Same Way...: Here's something to strike fear into the hearts of marketers of childhood "equipment": It seems like kids don't notice when the branded stuff is replaced with quotidian, common-place items like cardboard boxes and blocks.
Really!


When a preschool teacher in Ohio decided to replace all the toys and learning materials in the class with cardboard boxes and other raw materials, he expected some grumbling from his three-year-old students.
Much to his surprise, he received none whatsoever.
"Not one of them complained about not having a toys and it was actually really cool because some of the quieter kids actually got to show leadership roles in projects," Pete Kaser told NBC4.
Indeed, not only did the kids enjoy playing with boxes more than they ever enjoyed playing with brand-name toys, but the experiment actually saw some behavioral changes take place as well.
"Kids who had trouble separating from their parents in the morning or just were quieter in the classroom, we have actually seen them become leaders and we have seen them grow," Kaser noted.


A company headed by President Bush's brother and partly owned by his parents is benefiting from Republican connections and federal dollars targeted for economically disadvantaged students under the No Child Left Behind Act.
With investments from his parents, George H.W. and Barbara Bush, and other backers, Neil Bush's company, Ignite! Learning, has placed its products in 40 U.S. school districts and now plans to market internationally.
At least 13 U.S. school districts have used federal funds available through the president's signature education reform, the No Child Left Behind Act of 2001, to buy Ignite's portable learning centers at $3,800 apiece.

And now Jebbie's jumped into the fray with his unexpectedly honestly monikered foundation,  "Foundation for Excellence in Education" "FEE."). Just as a reminder:


Aptly named FEE, Bush's group is backed by many of the same for-profit school corporations that have funded ALEC and vote as equals with its legislators on templates to change laws governing America's public schools. FEE is also bankrolled by many of the same hard-right foundations bent on privatizing public schools that have funded ALEC. And, they have pushed many of the same changes to the law, which benefit their corporate benefactors and satisfy the free market fundamentalism of the billionaires whose tax-deductible charities underwrite the agenda of these two groups. 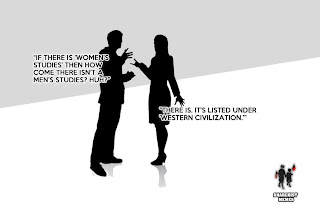 Do We NEED a "White Students' Association?": Folks who advocate for "white students' leagues" seem somehow to have missed the fact that pretty much EVERY organization in colleges and universities are "white" by default. Here's a fat, ugly, white-boy virgin trying to reclaim the low ground:

Senior Matthew Heimbach, who started the White Student Union at Towson University in Maryland, claims his organization is necessary to fight "inherent anti-white bias in academia and mainstream society."
In a let­ter to Towson’s cam­pus news­pa­per, The Tow­erlight, in September, Heim­bach wrote that “a White Stu­dent Union would rep­re­sent the unique cul­tural her­itage, folk cus­toms and strong Chris­t­ian tra­di­tions that define white civilization.”
Heim­bach also attacked what he claims was the genocide of whites in South Africa and the black on white attacks in the U.S., according to the Anti-Defamation League website ADL.org.
Heim­bach, a former member of Youth for Western Civilization which was disbanded by Towson University last Spring, wrote that the iden­tity of white “folk” has been “tram­pled and attacked for gen­er­a­tions” and that it was time for whites to “stand up for our rights.”
Heim­bach ended his let­ter with: “We must pro­tect the secu­rity of Euro­peans and a future for the next generation."


The investors gathered in a tony private club in Manhattan were eager to hear about the next big thing, and education consultant Rob Lytle was happy to oblige.
Think about the upcoming rollout of new national academic standards for public schools, he urged the crowd. If they're as rigorous as advertised, a huge number of schools will suddenly look really bad, their students testing way behind in reading and math. They'll want help, quick. And private, for-profit vendors selling lesson plans, educational software and student assessments will be right there to provide it.
"You start to see entire ecosystems of investment opportunity lining up," said Lytle, a partner at The Parthenon Group, a Boston consulting firm. "It could get really, really big."
Indeed, investors of all stripes are beginning to sense big profit potential in public education.

Pres. Shamwow and his Education Secretary, the corpoRat lawyer, Arne Duncan are all in for the privatization of schools, through charters, mainly.
Posted by Woody (Tokin Librul/Rogue Scholar/ Helluvafella!) at 2:34 PM