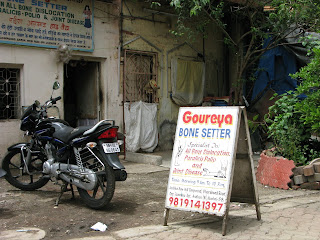 Fewer school subjects in the modern curriculum elicit as much discomfort from most students that ALGEBRA!!!!
(SCREEEEEEEEEAM!)
And, though they don't know it, their mental discomfort is an echo, in a far far different context, from what horrifying shouts, bellows, and even screams of PAIN which were associated directly with the word "ALGEBRA!"
(SCREEEEEEEEEAM!)
when it first appeared in somewhat different form on signs hanging over doorways on London's streets sometime toward the end of the 15th century.
ALGEBRA!
(SCREEEEEEEEEAM!)
of course, is an Arabic term, and it was most meaningful when associated with an ancient Arab term which together described the "science of completing and equilibration." That title is drawn from an ancient Arabic book probably composed some time in around the 10 Century, Common Era, in Bagdhad by an eminent scholar, mathematician, and philosopher named Al Khwarizmi.

I can't do justice to the Arabic, but here is whole book title translated from Arabic into the Latinate script:
al-Kitab al-mukhtasar fi hisab al-jabr w'al-muqabala
In English: The Compendious Book on Calculation by Completion [or Restoring] and Balancing.

This book is an explanation of the solution to quadratic and linear equations of six varieties. Al-jabr refers to the process of moving a subtracted quantity to the other side of an equation; al-muqabala involves subtracting equal quantities from both sides of an equation. Hisab al-jabr w'al-muqabala was translated into Latin in 1140 as Liber algebrae et almucabala, from which we have the word "algebra" for the whole process.

Al-Khwarizmi's al-jabr looks NOTHING like our algebra.
(SCREEEEAM)
The  book is written entirely in prose, and includes none of the abstractions with which we are familiar in our current understandings or algebraic practices. Here is an example:

(SCREEEEEAM!)
In such forms, the Arab flowering across the southern Mediterranean during the European "Dark Ages" preserved much of the knowledge of the Ancients of Greece and Rome and swept them up onto European soil in Spain and later in France where they provided the intellectual power of the Renaissance.  Indeed, it may be projection on my part, but I like to think I can hear echoes of Latin and Greek in the Arabic term "al-muqabala."

(Aside: Back during George The First's Gulf War, in the midst of a lot of Arab-bashing and jingoism, I heard part of a debate between some fat, fatuous, toffey Brit and Edward Said, the now deceased, but justly famed Palestinian scholar in which, in reply to the Brit's observation about the deficiencies of Arab culture, Said reminded the fellow that "we Arabs were solving quadratic equations while your ancestors were still painting themselves blue to make it rain"...A fair point, I thought...but I digress...)

Back to England and the 15th Century, and the screams emanating from the doors over which hung the sign reminiscent of "ALGEBRA!"
(SCREEEEEEAM!)

The Brits of the time apparently were literalists when it came to "foreign" words, and they took "ALGEBRA!" (SCREEEEAM!) at it's word, so to speak. The Arab term referring to completing/restoring, "al jabr," they applied to the necessary art of BONE-SETTING--that is, literally, RESTORING the broken bone to it's former place. This, in an age without anesthetics of any kind, must have been an EXCRUCIATING experience.

Perhaps as bad as the pain of considering two trains leaving different cities at different times at different rates of speed, and predicting where and when they'll collide...AIIIEEEEEE!