In which Y'r Ob'd't S'v't explores the reality and the rhetoric of those who proclaim that the defeat of Obama/Romney/Heritage/Nixon-care will pave the way for the "inevitable" emergence of "singlepayer" health care in the USofA, and finds it "unpersuasive." 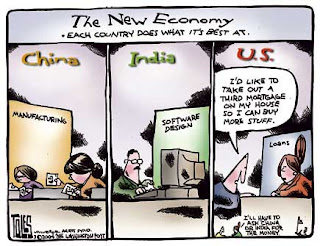 Comes another somebody in the lefty-blogosphere (TalkingPointsMemo) protesting that defeating "Obama/Romney/Heritage-care" will be a Pyrrhic victory for the GOPhux, a "Short-term success but long-term disaster!"

Statements like that make my asshole tighten with trepidation. Can he be serious?

This is the United fucking States of A..merica....for the love of crap...Nothing is "permanent," and next to nothing is ever "long-term" (except mortgages...)

Not investment, not jobs, not marriage, not NOTHING! "Eat, drink, and be merry"--that from Ecclesiastes--"for tomorrow, we die" (Isaiah)...Should be on the currency!

Every social instrument is set to ensure that NOTHING is likely to be remembered very long. If there were long-term consequences, in USer politis, would Neut Gingrich dare to pose as a serious candidate?

One FOURTH of a YEAR. Ninety fucking days, more or less.

The GOPhux are the "party" of the bottom line. There is no morality but profit; and loss is the ONLY sin.

Unlike YOU, THey don't need it.

When has the "common good" ONCE been served by these fuckwhistles in the last 30 fucking years?

What you don't seem yet to have actually inhabited, like a suit, or a new car, most--a LOT anyway--of y'all, izzat that the Owners/Oners WANT your lives to collapse into turmoil, pain, loss and despair, cuz that where the real money is.
That's why we have recessions.

Every dozen or so years, the real owners of all the shit you have decide it's time to call in all their markers. They decide the time is right, and they just take back what you thought YOU owned...but never did, cuz it was collateral on the MONEY you borrowed to get whatever the fuck it was.

They then reclaim what they'e basically leased to you at pennies on the dollar, and if you ever scramble out again, they'll "sell" (LEASE!) it back to you, taking your money TWICE!

You can watch a video of this column on my Anosognosia blog.
Posted by Woody (Tokin Librul/Rogue Scholar/ Helluvafella!) at 6:30 AM