As the season creeps into autumn, again, I was both surprised and delighted that "Labor Day," our ONLY national nod to "working people," was still on the calendar.

This long decade, now, I have harbored the wary suspicion that there would arise a movement to turn the end-of-summer holiday into some annual display of faux-patriotic, maudlin, bathetic banality, and supplant "Labor Day" with the exceptionalist equivalent of "9/11 Martyrs' Day." It could still happen, but I especially dreaded the up-welling of lugubrious patriotism and other mawkish remembrances of the the forth-coming Tenth Anniversary, and we seem to have dodged THAT bullet, at least.

Workers in MOST of the REST of the world enjoy to a far greater extent than ANY American "workers" things like universal, virtually free health care--and all that it entails, including long-term stipends when injury prevents work--plus alternative energy sources, good, safe, reliable transport services, and better working conditions than do MOST Murkins. But given what services they enjoy for the taxes they pay, far fewer of them complain nearly as much or as loudly or as venomously about it as do Murkins.

Speaking of frames: Why is taxation a "burden?" To me, taxes are "dues," friends. You pay your dues. Or think of it like the Association fees at the biggest condo in the world: Keeps the lawns mowed, and the wrought iron painted, and the streets swept clean. The management company might suck porta-potties through a flavo-straw, but that doesn't invalidate the duty to contribute. 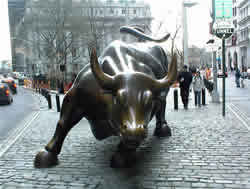 That 'duty' is what Locke, Rousseau, and them other enlightenment fellers--including, as a matter of fact, most of our Founders--were talking about, with the "social contract." Ya can't "reify" it, but it exists, still, like the tacit agreements we all inhabit, about language and custom. It is negotiable, in what MLK optimistically called the "long arc of justice."

A useful example is labor rights. The Labor movement all over the world fought throughout the 19th and the first 50 years into the 20th Centuries to achieve the position that, in labor-management relations, there was a PRESUMPTION of the workers' right to collective bargaining.

Largely un/under-reported in the country's "popular" history is the fact that, over those 150 years, some uncounted dozens of thousands of ordinary workers, laborers, and 'hands, perished under the tender mercies of the gunsels and thugs employed by the Owners to prevent the workers' organizing. Countless thousands more were injured in confrontations, all over the country, between workers and Rangers, state militias, Pinkertons, the National Guard and even the Army.

And not workers alone were murdered and injured. Their families, too, suffered death and grievous hurt, at the hands of the hired criminals in the Owners' employ. Vide, Ludlow, Colorado, 1914.

So, now that the Owners are actively discarding those hard-won and deadly-fought advances in workers' rights, reversing the arc of justice of 150 years and innumerable bodies, why would it be exceptional to exact BACK from the Owners some of the same price that workers paid to win their rights in the first place?

But I could compromise. I'm a reasonable fellow. All I REALLY want is one swing: with an open hand, or a closed fist, or a sock-full of quarters: just one swing, to wipe that fucking smirk off their sneering fucking gobs.
Posted by Woody (Tokin Librul/Rogue Scholar/ Helluvafella!) at 4:55 AM