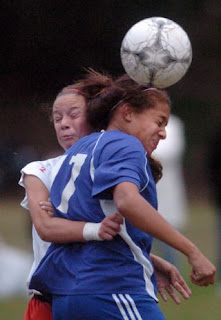 A ripple of what can only be described as "communal dismay"--akin, I suspect, in some quarters to the disappointment experienced by fans to the USWNT after their team's loss to Japan in the World Cup--when news went 'round the Internetz and Zuckerberg's Folly that Prof. Elizabeth Warren wouldn't be the President's nominee to head the new consumer protection Board she as much as invented, and saw successfully into lawful existence, in the Dodd-Frank bill last spring.

Ralph Nader offered a particularly poignant interpretation in a statement just hours after the decision to opt NOT to nominate Warren for the post. In it he as much as repeated what most observers--including Y'r Ob'd't S'v't, included--had long since concluded. Nader, in his usual fashion, nailed it: Warren is "too good, too smart, too able" to be confirmed by the corrupt mediocrities and Wall Street toadies whose best clients would surely have felt her sting.

But I would caution: it wasn't JUST the GOPhux than whom Prof. Warren was too obviously a better, smarter, and an abler advocate for consumer/citizens. The Obomberama no more wanted her in his gummint than he wanted Snoop to babysit the girls. St. Barry DID NOT WANT her where she'd always be compared with him on those "people's' issues. She made him look like the slick, glib huckster he is.

That's because, from what I can gather from her various video appearances and the literature she's both written and been written about, Prof. Warren completely inhabits and realizes the persona of the FFPIAM-DFAAMS: a"female, full professor, in a male-dominated field at a major school." Warren's had to put with so much shit to get to where she is, and she's been through so many ringers, jumped through so many hoops, endured so much mindless, thoughtless prejudice, and in spite, created such a body of evidence/scholarship, that you just cannot blow smoke up her ass about ANYTHING, even if you're the President of the fucking United States, and certainly not if you're a closeted, pantie-flashing, swishy Senator from some obscure, barbaric Southern state.

She filleted the Congresscritters rash enough to attack her. Unflappable, affable, precise, and concise, she made them look (and feel) like second-graders who'd inexplicably pee'd their best pants. It was beautiful to watch. But it confirmed what Obomberama was at pains to disguise--even AFTER he declared he wouldn't nominate her: she was NOT gonna be the nominee.

I know something about such women. I spent the decades of the '80s and the '90s in their occasional company. I became aware of them, as a class, first when the woman with whom I was 'engaged' was working on her Doctorate, and we attended functions at which the panoply of academic personalities would be on view. My (future) wife's advisor was one such. In "education," there were more of them, perhaps, because the field is still more-or-less gender-identified with womens' work.

But not in Elizabeth Warren's field, commercial/business law. She fought her way through the torrents of old-boy bullshit surrounding a "male domain": economics. Upon which she managed, with great skill and apparently impeccable scholarship, to impose her distinctly and originally gendered perspective, and made it stick. Thius is from her Wiki bio:

In addition to writing more than 100 scholarly articles and six academic books, Warren has written several best-selling books, including All Your Worth: The Ultimate Lifetime Money Plan (ISBN 978-0-7432-6988-9), coauthored with her daughter, Amelia Tyagi.
Warren is also the co-author (with Tyagi) of The Two-Income Trap: Why Middle-Class Mothers and Fathers Are Going Broke (Basic, 2003) (ISBN 978-0-465-09090-7). Warren and Tyagi point out that a fully employed worker today earns less inflation-adjusted income than a fully employed worker did 30 years ago. To increase their income, families have sent a second parent into the workforce. Although families spend less today on clothing, appliances, and other consumption, the costs of core expenses like mortgages, health care, transportation, child care, and taxes have increased dramatically. The result is that, even with two income earners, families no longer save and have incurred greater and greater debt.

Her deep and committed focus on the issues of 'family economics' ideally suited her for the CFPB job; but unfortunately, it just as completely disqualifies her for it, politically.

See what I mean: