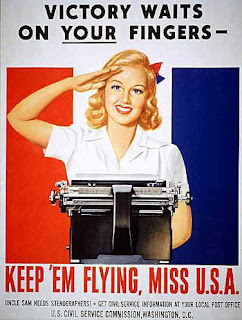 (WWH) --By Dr. Woody
There was much tut-tutting heard around the Libr-o-sphere Monday, in the wake of the apparently unexpected collapse into the "turgid murk of SCUM mediocrity" by Fareed Zakariah, hitherto, apparently, much admired as an even-handed, even occasionally stern "truth"-broker for CNN. "Heather, on Crooks and Liars, took Fareed to task especially scathingly. ‎
Lamenting and perplexed by Fareed's apparent inability to find words to distinguish the roguery on the GOPhux in the House from the cravenness of the President and his compulsion for "compromise," she wrote:

"Our larger problem with our political system is not redistricting and safe seats in Congress as much as it is the media and Zakaria's buddies who do a terrible job of informing the voters on just how terribly their representatives are doing with looking out for special interests, and not their interests. That and the need to get the money out of politics so the have-mores are not continually corrupting the system, as they are now."

Well thar, sez Ol' Dr. Woodrow, thar's yer pro'lem ratchair!
Cuz, see, Fareed and friends are doing exactly the jobs they're paid quite handsomely by the Oligarchs to do. Which, incidentally, is NOT to be fearless critics of the status quo, with carte blanche to embarrass their masters. When they're not merely overpaid, overvalued stenographers transmitting the unedited oligarchal boilerplate, they're posturing fops and "popinjays" (from the Arabic word "ba'bagha") for the established order, who provide camouflage behind which their Bosses can conduct the wholesale theft and extortion being pressed on us by the same corpoRatocracy, who OWN Fareed & Friends, lip, tongue and voice-box; own every word they utter, every sentiment they feign, every equivocation they calibrate in their servile surrender to celebrity.
I have a question for "Heather": How long ago was it, do you think, that the "job" of the CorpoRat/SCUM was to inform "the voters" (interestingly, probably tellingly, reducing citizenship to one, occasional, almost incidental, yet routine act, nest paw) of "how terribly" the Congressyobs were fucking up the country in the service of special interests?
Here's a hint: It was a-fucking-long time ago; NEVERwhen is when it was.
~~~~~~~~~~~~~~~~~~~~~~
The Objectionable Clip
~~~~~~~~~~~~~~~~~~~~~~
Elsewhere among the figments of the flickering, blue screen, though for or an entirely different reason, here is another 'beaut': Some blonde, Faux-Gretchen leading the cheers for getting rid of the social safety net altogether, so that the USer empire can wage war without worrying about discommoding the poor, the disabled, the retired, and others who depend upon it. No, really! Would I lie to you?
Woody really hates to pass along such shit, but I offer this little fleck of Faux feculence only as evidence that such tawdry malevolence REALLY IS abroad (ahem) in Faux-ville, and all the little blonde Fauxphux in Fauxville really do believe this shit. "If we didn't have the social safety net, wouldn't it be in budget to fight five wars?" Did you see the little fuckwit in the bow-tie? He was almost dancing in eagerness to answer the question; t looked like he was gonna need to change his Dependz.
But all the bullshit about abandoning the needy so we CAN WAGE MORE WARS did leave me --or, rather, reminded of--a persistent question:
Please, Gretchen and Kvetchers: WHY IS IT NOT the business of the State--the Country, if you will--to secure the material well-being of its citizens. It is in a MUCH better position to do so than any other relevant actor. What other, what BETTER, purpose can a fucking State, a "republic" composed of consenting constituents, fucking HAVE than to attend to their "general welfare?" It's right there in the fucking Preamble to the Constitution.

We the People of the United States, in Order to form a more perfect Union, establish Justice, insure domestic Tranquility, provide for the common defence, promote the general Welfare, and secure the Blessings of Liberty to ourselves and our Posterity, do ordain and establish this Constitution for the United States of America.

I look high and low in that short sentence for ANY reference to conducting perpetual wars as being part of the purpose of the State, which is what the fucking Preamble is there to do.
If I missed, it, please help me out.
Posted by Woody (Tokin Librul/Rogue Scholar/ Helluvafella!) at 10:14 AM