Woody, In The Morning: Whale Poop

Clarence ("Cunt-Hair Clancy") Thomas' ethical problems have become quite a fixture in the blog-o-verse, occasioning much comment, and a fair amount of outrage. Most folks (those with brains larger than field-mice) read the catalogue of offenses and demand that this venal, decadent, corrupt, compromised cretin be removed somehow. But, because of the Constitution, which specifies Impeachment as the only tool for doing so, federally, and because the GOPhux who control the House where any impeachment motion must begin, would likely be unwilling to bring such a measure to the Floor, that's nagahapun...

There was a previous case, however which some believe might hold the key: Richard Nixon and John Mitchell conspired together to drive liberal Justice and LBJ crony from the SCOTUS in 1967. The success of the Abe Fortas strategy, described by John Dean on Truthdig the other day, required a president and an AG willing and able to play hard-ball.

Neither St. Barry (the patron saint of spelunkers, cuz he’s lived through so many cave-ins) nor the corrupt, CorpoRat bagman, AG Eric ("Chiquita") Holder, have the stones for it. And being black, they are probably the ONLY ones at whom Cunt-Hair Clancy COULDN’T throw the “high-tech lynching” race card if they went after the skeevy, lying, corrupt, vile, lazy fucker…

PS: Lest any be tempted to feel the tiniest sympathy for Clancy, the Koch-hound, remember the circumstances of his nomination:

When Thurgood Marshall died, the civil-rights/racial-justice crowd called for another person-of-color to replace him.

Poppy Bush was not amused, but soon struck upon a satisfactory plan. He’d find the skeeviest, lowest, dirties, sleasiest, easiest, rankest, cheapest skank-whore, sold-out, Oreo/Negrow in gummint and nominate HIM for Marshall's seat.

Enter Cunt-Hair Clancy, the PERFECT man for the job.

Bush nominated Thomas PRECISELY because he was the rankest Oreo he could find to rub the noses of the minority/civil rights folks in. And Thomas, who prospered--arguably achieving what he did that got him Poppie Bush's notice--under the benefices of Affirmative Action, during the darkest days of the civil rights movement, and suffered racial discrimination, allowed himself to be so used.

He COULDN'T HELP but know it, and yet he permitted himself to be used that way: Every decision in which Clancy Cunt-hair has been in the majority SHOULD be vacated and re-heard, after Curly Clarence has been arrested, indicted, convicted, imprisoned and most importantly REPLACED.

Neither Out Too Far Nor In Too Deep
--by Robert Frost

The people along the sand
All turn and look one way.
They turn their back on the land.
They look at the sea all day.

As long as it takes to pass
A ship keeps raising its hull;
The wetter ground like glass
Reflects a standing gull.

The land may vary more;
But wherever the truth may be---
The water comes ashore,
And the people look at the sea. 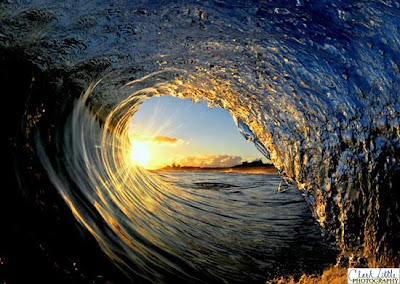