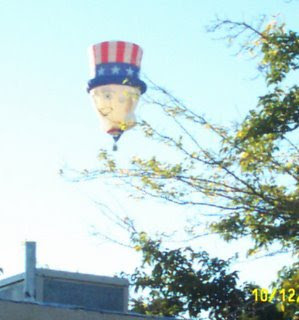 During the last election cycle I sent you several messages seeking your assurances that, when the inevitable attacks on Social Security came, either from Bowles-Simpson, or from some other source, you would stand firm against ANY proposed or suggested cuts, reductions, limitations, or other diminishments of these programs.

Regretably, you never replied to my entreaties.

However, I voted for you anyway, despite the misgivings your silence occasioned.

Now the crunch is again in sight, and I write you again, no longer to request, but to DEMAND that you resist, and vote against, ANY changes in Social Security which do not actually at LEAST preserve the status quo.

If you cannot, or will not, or do not, then you cannot expect my support for your Senatorial campaign.

You are so informed, hereby: Stand up for the people, not the Owners. Be a mensch.

Remember: When they're trying their hardest to kill it, that's when the Owners' trained monkeys and babbling minions will exclaim the LOUDEST that, "No! NO! They don't want to undermine it; they're REALLY REALLY trying to SAVE Social Security!"

But they're all lying. O'Bomberama-man already fed it a poison pill last spring when he granted the "tax holiday,' to much acclaim.

Now the word is out, the balloon is up (whether it is merely a trial balloon or the signal for full-on invasion is yet to be determined, apparently). Soc.Sec IS "on the block." Acccording to some folks, "As part of his pitch (for debt ceiling relief), Obama is proposing significant reductions in Medicare spending and for the first time is offering to tackle the rising cost of Social Security, according to people in both parties with knowledge of the proposal."

“There is no news here – the President has always said that while social security is not a major driver of the deficit, we do need to strengthen the program and the President said in the State of the Union Address that he wanted to work with both parties to do so in a balanced way that preserves the promise of the program and doesn’t slash benefits.”

This is where attention to language is crucial. You'll read in vain, comb the text how you will, without finding a firm denial: a "non-denial denial," not not-a-river-in-Africa."

To understand what "strengthen" and "preserve" mean in this context, it will be useful to recall that, during the campaign, when, the O'Bomberama-man said he'd "revisit" the PATRIOT ACT, he didn't happen to mention that he meant go back to strengthen and extend it during the visit. You/we heard what you/we wanted to hear, just the way ANY good ad slogan works.

All politicians have to be oracular; it goes with the territory. But don't bet the farm on any particular outcome: All it takes is one child to be raised by wolves to fuck up yer whole day.
Posted by Woody (Tokin Librul/Rogue Scholar/ Helluvafella!) at 12:13 PM