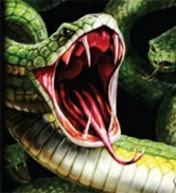 NRDC has an appeal to to sign a petition to save the Arctic, and stop drilling, that was circulating recently on Zuckerberg's Folly.

IT CAN'T BE STOPPED.
I know this with snake-bite certainty.
It riddles me with grief to realize it.
But there's money and oil and power and global DOMINANCE at stake.

"They're" in charge, in case you hadn't noticed. The ratfuckers, I mean...And they always successfully resist ALL 'peaceful' efforts to remove or thwart them. Because they OWN the machineries that could do it.

And the ratfuckers DO NOT CARE if they utterly ruin every last source of natural wonder for ever, if they can make a fucking buck tomorrow--and beat somebody else out of it in the process. Hey, we're all dead in the long run!

So there will be no cessation from drilling, and draining, and spilling, and refining, and burning of oil as long as there is a single unamortized CENT of "investment" and one more DROP of petroleum to crack and sell.

And don't ask me what to do. Solutions are WAY outta my pay-grade. And besides, there really is only one answer and it, too, is too painful to contemplate, because it would also result in the same scale and scope of destruction that is the inevitable consequence of the current, prevailing, exploitative conditions.
~~~~~~~~~~~~~~~~~~~~~~
The connection of "God" to "country" is of ancient lineage, albeit spurious for all its age. In Europe, the Catholic Church--i.e., "God"--is ALWAYS an accessory in the ancient founding of the antecedents of the modern European states/nationalities. All those medieval "Saint-Kings" were not canonized because of their devout attention to good works or prayer. They were canonized because they "brought" their people into the Church...dead or alive.

"Kill them all, and let God sort it out," was how one Cardinal replied to the riddle of executing surviving Cathars while sparing the others in a conquered city, since you couldn't tell Cathars apart from the non-Cathars by sight. Edward, the Confessor in England, Louis IX in France, Stephen or Austria, Wencislas of the Czechs, (Queen) Hedwiga of Poland, David 1 of Scotland, and a host of others, were leevated to sainthood for no more good deeds than the murder of thousands who resisted the Church, which rewarded them, and incidentally made them figures of nationalistic honor, in recognition of their ferocity in dispatching heretics, pagans, apostates, and other troublemakers of the old order.

Now Jim DeMint, Sen of SCar, and a handful of other god-blighted worthies are joining forces to resist the "secret" elimination of the sectarian from the secular state.

I make no fucking secret about it at all. It is my fondest wish to see any and all reference to prayer, deity, faith, sin, heaven and hell, and all the rest of the ridiculous theistic follderoll and biblical codswallop ruthlessly expunged from the public discourse.

There's nothing fucking secret about it at all. Keep yer fucking "faith" out of the public sphere. You're not the representatives only of the god-blighted fucktartds and fundie-loons, but of ALL the fucking people in whatever district or State elected you. There's no better reason to pray to your so-called God for counsel than to ask a fucking tree or a fire-hydrant for advice.
Posted by Woody (Tokin Librul/Rogue Scholar/ Helluvafella!) at 8:38 AM