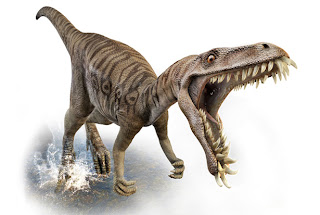 Since "Earth" is pretty much a closed system, all the water on Earth has been used and re-used, and re-used for countless milennia, so the water in your coffee or your juice this morning probably once was dinosaur piss...

Woody's not a cosmologist but I suspect "life"--self-reproducing organisms--is a nearly "universal" phenomenon. It is a "creation" (by which I mean, a consequence) of the existence of the universe itself. It's "origins" are lost in the depths of inter-gallactic (light-years) time. Life just is. And I reckon there's a lot of it around. I wouldn't be surprised to find some even on Mars...I am of the opinion that "humanity" is a small, cosmic experiment testing whether "life" can survive "intelligence." Imho, the null hypothesis is safe...

Woody proffers he short, simple answer: Global Owners now have enlisted a sufficient number of drones and proles around the REST of the world to consume their shit that they no longer NEED the USer 'consumer' to float the whole load. We're not gonna see any serious employment gains until the USer worker is willing to work for a LOT less than they expect today.

~~~~~~~~~~~~~~~~~~~~~~~~~
The more I think about it, the more it seems to me that FDR's Second Bill speech, and Ike's MIC(C) speech are NOT warnings, but eulogies, post morta on what MIGHT have been. Because in BOTH cases, the moment for action to have forestalled (for Ike) or enabled (for FDR) the phenomena had already past.

~~~~~~~~~~~~~~~~~~~~~~~~~
We are now experiencing the collective social dissonance to which Ben Franklin alluded when asked by a spectator in Philadelphia what kind of State had been created and he replied: "A republic, if you can keep it."

Anytime you hear some shit-for-brained pundit talk about how Murkin workers gotta "improve their competitiveness, globally," what the fuckers are actually saying is that USeer workers gotta work more for less pay.

Plain and simple. That's what "global competitiveness" means, and that's all it'll EVER mean.
Posted by Woody (Tokin Librul/Rogue Scholar/ Helluvafella!) at 4:20 AM