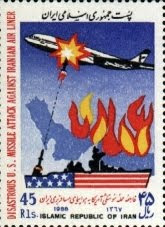 The media this weekend are full of triumphal portrayals of America's, mainly military, accomplishments. I suppose it is inevitable that this "celebratory" day would trot out the carcasses of the heroic dead who perished in the "protection" of the country. It's a 'patriotic' thing to do.

But it is false to the spirit of the day.
This holiday is not for memorializing the dearly departed; There are at least three other days when those mouldering corpses are hauled up for display and instruction.
Nope. It's for REMEMBERING the principles upon which the country was founded, and which are now daily betrayed by virtually EVERYONE in national "public" service, in every branch of government (including the sacred, all-volunteer, imperial military), from local municipalities even unto the Highest Court In The LAND! (Can I have an A-Men!?)

This day, the Nation SHOULD stop to recall and regard the principles we proclaim to be enshrined in our Constitution, in the laws that came forth from the noble spirits that animated the original revolutionaries. But those principles have been so greatly diminished, unto irrelevance and insignificance, that there is almost no comparison, and that doing so would diminish the artificial, commercial, jingoistic, exceptionalistic hype that fuels the 'celebration.'

If we were honest, we'd be gathering today to MOURN the Patriot Act, the Homeland Security Agency, and Citizens United, and to DEMAND the restoration of the 4th Amendment and habeas corpus. We'd be demonstrating against the needless, illegal, immoral wars-of-opportunity we are now waging in Central Asia and the eastern Med. We'd be mourning the hundreds of thousands of innocents who have been our victims these last nearly 25 years, through four--the Incumbent, the Chimperor, the Clenis, and George, the greater--different regimes. And there is no apparent evidence that hostilities will cease in any foreseeable future.

If we were honest, we'd be in the streets, dragging the struggling bodies of the reactionary fucking Tories--who, at the behest of their corpoRat overlords, are bent on "legally"--and fatally--attacking and undermining the safety and security of the working class, the poor, the disabled, the elderly--through the streets to the stocks, and later to the rails where we'd cover 'em in hot tar, sprinkle 'em with feathers, and set 'em loose in the woods for the wild critters to dispose of.

If we were honest, we'd admit that America's First Black President is behaving in no way at all any differently than at least the previous six or seven White presidents, obsequiously kowtowing to the Owners, sucking up to CorpoRat donations and caving in, quite contemptibly--albeit predictably--to the demands and interests of the Owners, the oligarchs and aristos.

WOODCHIPS: It was on July 3 in 1988 when a US warship, the guided-missile USS Vincennes, shot down an Iranian passenger plane, killing all 290 onboard, including 66 children: #Iran Airflight 655. Tit-for-tat followed over Lockerbie, Scotland, a couple of years later. The West proclaimed Libya the culprit.

It was ALWAYS possible to butt-fuck democracy. But prior to 1980, there was a mostly unspoken compact in which the competing parties agreed that the "winner" actually WON. Since "Dick Clintoon" unseated the CIA/GHWBush, the right has utterly abrogated the compact. It's active sedition, and it should entitle us to shoot the fuckers...Drown Grover Norquist in a bathtub full of the sweat and blood of the people he's so gleefully fucking over...
Posted by Woody (Tokin Librul/Rogue Scholar/ Helluvafella!) at 4:15 AM